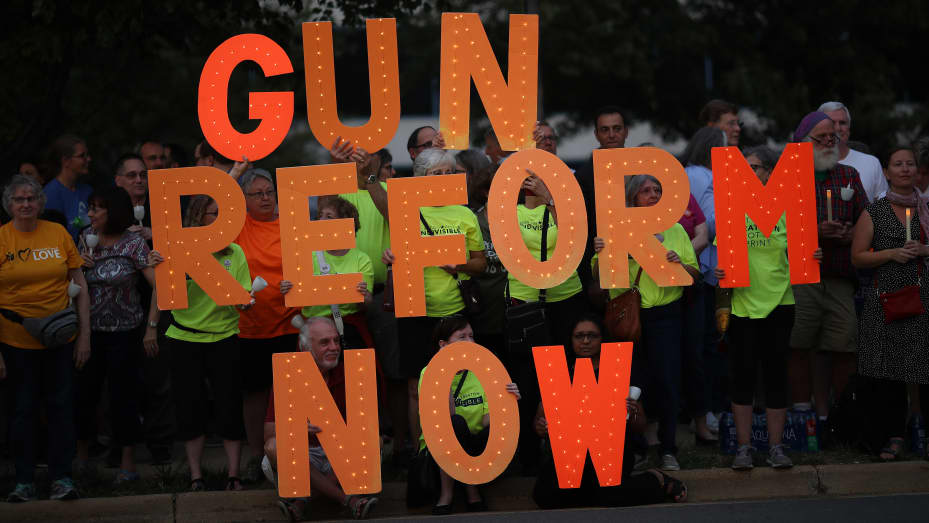 Jim is dedicated to commonsense gun legislation and will work relentlessly to ensure that the 2nd Amendment does not impede on every American’s right to life, liberty, and the pursuit of happiness, especially our children’s right to live without fear of gun violence. Following the shooting at Stoneman Douglas High School, Jim sought out to kids who had been personally affected by gun violence, using their stories to build his ambitious 10-step proposal to prevent such senseless deaths. He advocates for strict background checks and a ban on military-style assault guns. He has refused money from the NRA and will continue to do so.

EDUCATION FOR THE PUBLIC

Jim believes that every student, regardless of race, ethnicity, income level, sexual orientation, or religion adherence, has the right to a free, accessible, and equal public education. Instead, he will fight to abolish high-stakes standardized testing by collaborating with local school boards, administrators, principals, and teachers to develop a more equitable standard for assessing school excellence and student progress.

Jim will strive to prevent the growth of charter schools since they drain resources from the public school system.

“In Tallahassee, Jim will do a fantastic job representing all of us, especially the students in our public schools.” I can’t wait to congratulate him on his success!” — Palm Beach County School Board District 5 member Frank Barbieri.

THE NATURE OF THE ENVIRONMENT

Jim is an environmentalist who believes that all Floridians should have access to renewable energy and clean air. He intends to introduce legislation that stimulates the use of clean energy by providing financial incentives to businesses and homes that install solar panels. He’ll try to promote carbon-reduction and nitrogen-maintenance soil management techniques. He’ll work with farmers and landowners to promote the use of restorative land management techniques. His years of public service on the city commission and in planning and zoning have demonstrated his ability to strike a balance between environmental conservation and beneficial growth.

Jim has a long history of advocating for healthcare reform, with his ultimate objective being a Medicare-for-all system. He totally supports Medicaid expansion because if Florida rejects it, the state will lose nearly $66.1 billion in income that was set aside for expansion. He opposes enrolling Medicaid clients in for-profit managed care plans, claiming that privatized care is focused on “profits rather than people.” He is a strong supporter of higher financing for long-term care and safe staffing standards for hospitals and nursing homes.

Jim is a strong supporter of women having complete control over their reproductive and economic lives. He is a staunch supporter of equal pay for equal labor, as well as a $15.00 per hour minimum living wage.

Jim will be a strong advocate for the ERA’s passage.

Jim is passionate about equality and inclusion so that everyone can enjoy the rights and benefits of a complete life free of discrimination.

Jim believes that convicted felons should be allowed to vote once they have paid their obligation to society for their non-violent offenses. He also supports “Ban the Box,” which he sees as an affront to the dignity of people who want to resume their lives free of stigma.